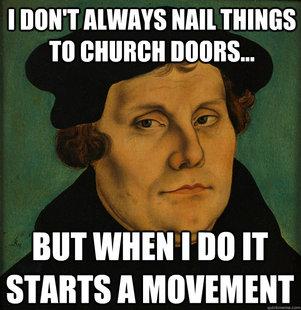 Radicalizing Reformation – Provoked by the Bible and Today's Crises

“You shall proclaim liberation throughout the land” (Lev. 25:10).

Martin Luther began his 95 Theses of 1517 with Jesus’ call for repentance as a change of mind and direction: “Return, the just world of God has come near!” Five hundred years later is also a time that brings to mind the biblical “Jubilee Year” (Lev 25), calling for repentance and conversion toward a more just society. For us today, this is not in opposition to the Catholic Church and the many liberation movements rooted there, but in opposition to the realities of empire that rule. As we hear the testimony of the cross (1 Cor 1:18) and the groaning of the abused creation ( Rom 8:22) and as we actively hear the cries of those victimized by our world (dis-)order driven by hyper-capitalism – only then can we turn this Reformation commemoration into a liberating jubilee. Christian self-righteousness, supporting the dominating system, is in contradiction to faith-righteousness as proclaimed by the Reformation. This must be lived out through just, all-inclusive solidarity.

We are theologians – predominantly Lutheran but also Reformed, Methodist, Anglican, and Mennonite – from different parts of the world, who are involved in an ongoing project of reconsidering the biblical roots and contemporary challenges facing Reformation theology today. The rampant destruction of human and non-human life in a world ruled by the totalitarian dictatorship of money and greed, market and exploitation requires a radical re-orientation towards the biblical message, which also marked the beginning of the Reformation. The dominant economic system and its imperial structures and policies have put the earth, human communities, and the future of our children up for sale. Our churches, congregations, and individual Christians have often become complacent and complicit with the established status quo and have lost their critical-prophetic power to protest, resist, and change what is occurring. God’s justification by grace has been detached from social justice and thus serves as “useless salt” (Mt 5:13). Because the Reformation legacy has gone astray, we must at the same time return to some of Luther’s thought and legacy, as well as standing decidedly against other things he said and did, if this is to become a kairoitic time of transformation today.

The following theses grow out of different traditions and understandings among the reforming movements, as well as from different geographical and political contexts. We have developed these theses from research, published in five volumes. We may not agree on every point, but out of this very diversity and pluriformity, we together call for serious debate on what is asserted here – and we also call for “turning around” and repentance (metanoia). The present moment of crisis that we currently face across the globe on all levels is a time to recognize the predatory and destructive forces inherent in what is dominating our world today, in order to re-orient ourselves in hope towards a new culture of life. 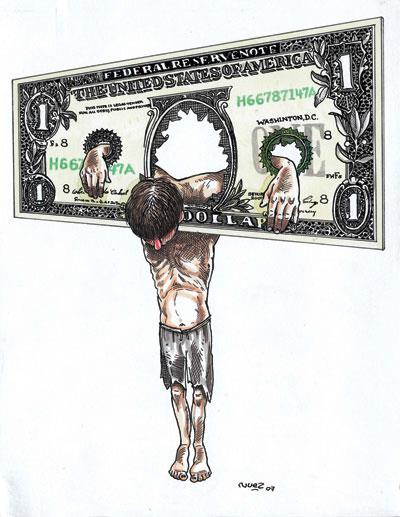 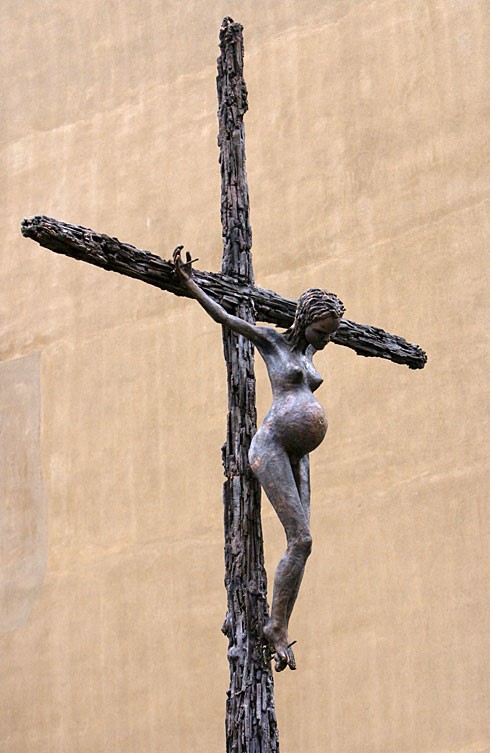 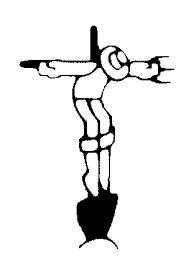 “Radicalizing Reformation – Provoked by the Bible and Today's Crises” is not an option but an imperative for church and theology today. Luther himself made Scripture the criterion for all tradition. Contextual interpretations of the Bible have sharpened this hermeneutic critically and prophetically. Living at the onset of modern capitalism, Luther engaged in systemic critique. Living at the end of this murderous and suicidal period of human history, we must listen anew to the sources of our faith and join others in “putting a spoke in the wheel of the car, when the driver is drunk.” Let us continue together with others on that pilgrimage of justice and peace!